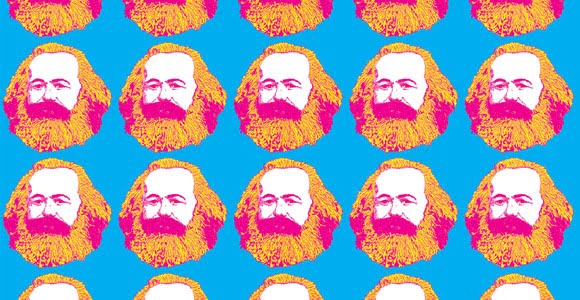 Marxism is typically seen as the far left on a linear political spectrum. But is there a sense in which it’s actually conservative?

I don’t mean, of course, “conservative” in the way we typically use it. Obviously, Karl Marx and communism are not about free markets, low taxes, and the Constitution. Rather, I mean it in its more literal sense: interested in conserving, or preserving, a given situation. It is not uncommon for counter-movements—which Marxism is—to arise out of conservative impulses or desires to maintain a state of affairs which is perceived to be lost or under attack.

The works of Karl Marx and Friedrich Engels were a counter-movement to industrialization and, more specifically, capitalism. I’d suggest that, rhetoric aside, their goal was actually to preserve the social equilibrium of the feudal system.

Let’s look at a little history: The first aspect to look at is community purposed assets in the open field system. It was very typical within the feudal system to find lords with common farming land, housing, and equipment set aside for serfs. They would still have to farm the lord’s land, but a smaller segment of land was set aside for them to grow whatever they liked. However, with the rise of the industrial Revolution, the community land seized and privatized, through the acts of Enclosure. This forced many serfs to move to cities, where they would get factory jobs and participate in the capitalist economy.

So it is easy to see how Marx and Engels could sell the idea of community-owned property when they were forming unions around Europe. The basic concept was already familiar from the not-to-recent past; the only major difference was that instead of serving a lord, the people would now serve a formal government.

Next, the modern concept of nationality was just being born around this time. The feudal system operated much more like city-states than nations as we now know them. The serfs and knights were loyal to their lord before the king and queen, so identity was usually regionally-based.

Interestingly, the Communist Manifesto calls for a denouncing of nationality and unity of the proletariat across state lines. This is key, as in Europe a serf was a serf no matter his ethnicity or religion—and thus all serfs were, in some sense, equal. Material and social equality is a major selling point of Marxism, and it harkens back to feudal times.

There are undoubtedly other parallels between the Marxist goal and the social order of feudal Europe. It may just be a battle of semantics, but next time you are in a heated debate with a progressive inspired by Marxist ideas, have a little fun by suggesting their proposals are conservative after all.