The Minnesota state government shutdown has provoked many to voice their opinions.  To be certain, there is no shortage of crazy things being said in the Gopher State.  However, the most ridiculous statement I have heard yet came from the CEO of Campbell Mithun, Steve Wehrenberg.  Wehrenberg was quoted in the Star Tribune saying, “you can’t really create a ‘good life’ if you don’t have a government.” I couldn’t help but stop and smirk out of disbelief when I read this. 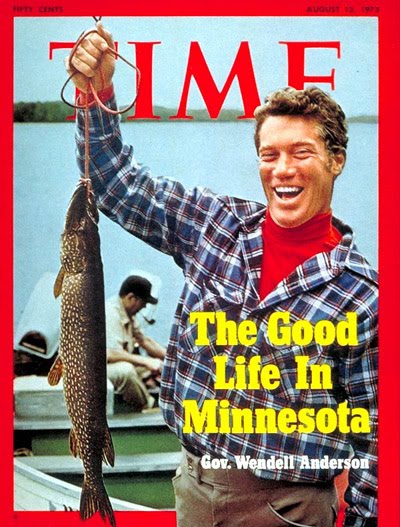 Of course, there are people suffering from the state shutdown and it would be ignorant of me to say that nobody’s life has changed due to it.  However, I would argue that the root of the problem is not the state shutdown itself — that is to say, people are not suffering merely because the government is currently not functioning.  Rather, it is my opinion that people are suffering due to the philosophy of Mr. Wehrenberg:  It is because people have grown to rely on the government so much — grown to believe that it is the source of the “good life” — that the state shutdown seems like a bigger deal than it actually is.

I hold the conviction that the “good life” comes from the individual, friends, family, and community, all of which exist outside the government.  Therefore, it is fairly obvious that the government is not the creator of all things good in life.  Rather, as we know, government is to serve a minimal yet important purpose of protecting our civil liberties (which are inherent, not created by government).

And so at first I considered the state shutdown problematic simply because the left is using it as leverage to increase taxes and spending (through very twisted logic), but now that budget problem is fairly miniscule in the shadow of Wehrenberg’s statement.  It seems as if Minnesota — and America — has a bigger issue:  People now believe government is the source of a good, quality life.  If we ever want to solve our budget woes and fiscal irresponsibility, which is a must, then we first need to drastically change that philosophy.  Without it, the goals of a balanced budget and complete individual liberty are unattainable.