Two students from the University of Hawai’i at Hilo YAL Chapter have partnered with FIRE to sue their school and protect their constitutional rights on campus. This lawsuit stems from an incident in January, where school administrators demanded students Merritt Burch and Anthony Vizzone to stop their rebellious activity of handing out constitutions while tabling.

During a university-sponsored club fair from January 14 through the 16 of this year, YAL joined several other student groups to educate and encourage students to join YAL.  Since their table was removed far from the flow of foot traffic, Merritt took the initiative and pro-actively offered students constitutions and YAL literature.  This effective tabling technique of approaching students was used by other student organizations that day as well.  However, a school administrator decided that the only the YAL chapter would be singled out and told to stop as “It’s not about your rights in this case, it’s about the University policy that you can’t approach people.”

The intimidation tactics and violations of Merritt’s constitutional rights continued when university officials sent an e-mail to student groups that they should not approach people, but should consider using a “Free Speech Zone”.  However, this free speech zone is .3 acres (or 0.26%) of the campus and is often flooded from frequent Hawai’i rain. 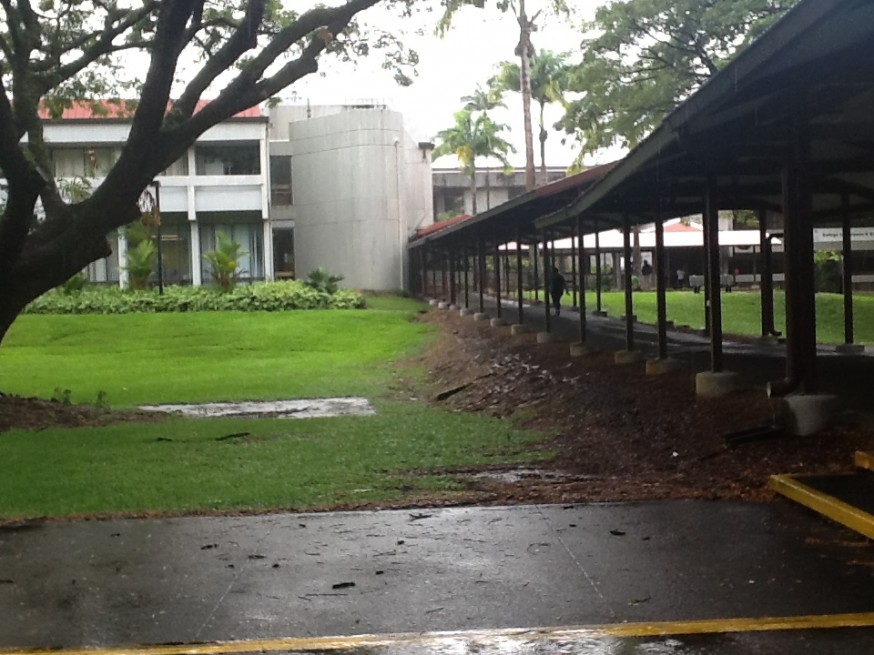 The YAL chapter had the option to back down, but chose to stand up for their rights and grow their organization on campus.  Recently, a YAL activism report by UH-Hilo was featured on Huffington Post, showcasing the group’s fantastic work and drive to protect student’s rights.  Hawai’i at Hilo has thrived and continues to get more sign-ups each tabling session.

The suit was filed in federal court on Thursday, April 24, 2014 by the law firm Davis Wright Tremaine, which represented the Modesto Junior College YAL chapter successfully settle a similar lawsuit against their university in February.

The suit has already gained the YAL chapter some serious news coverage and buzz on campus.  News outlets such as Fox News, Huffington Post, The Daily Caller, Reason and the Washington Post have already covered this story.

Fortunately for the Hawai’i Hilo YAL chapter, they documented their tabling on campus with a blog posted on YALiberty.org and kept accurate notes of interactions with the administration.

The Young Americans for Liberty national organization fully supports our YAL chapter at University of Hawai’i at Hilo.  This is an important case as to why students need to defend their rights to speech and document their interactions on campus so their story can be told.