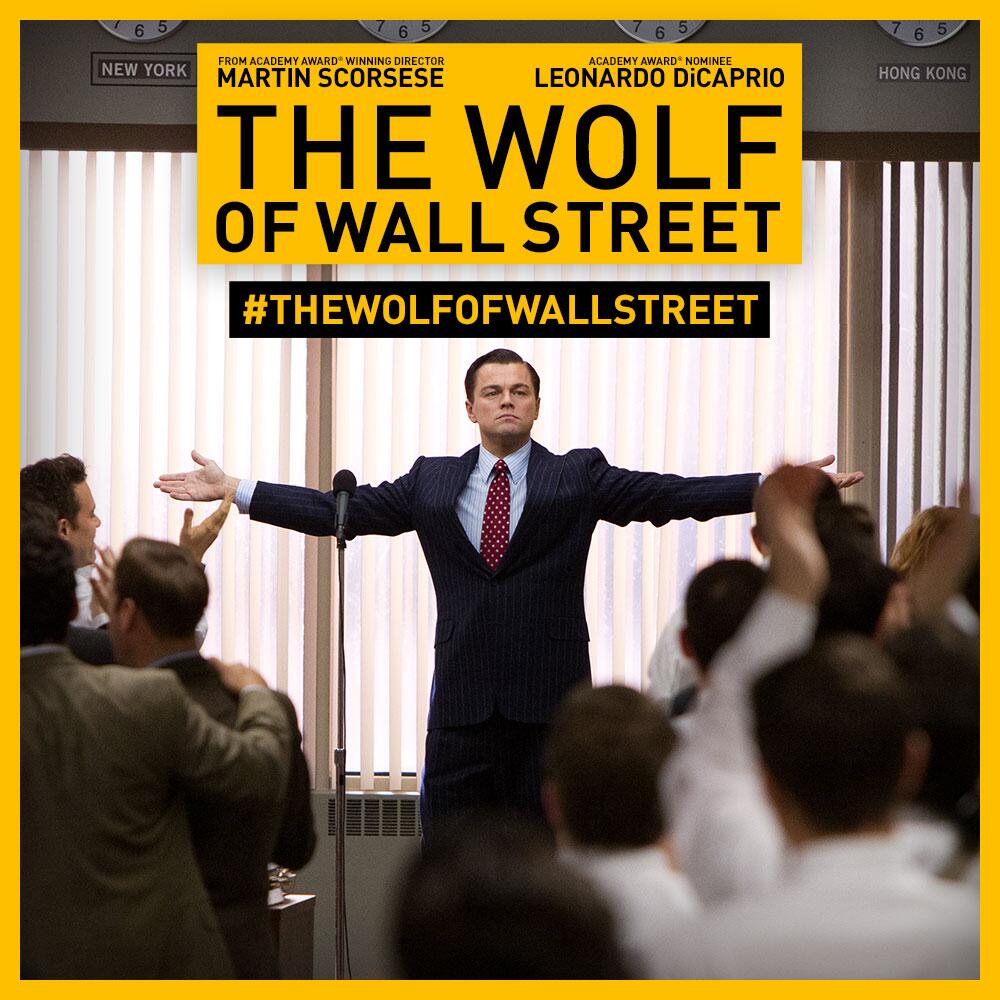 Every Christmas Season, Hollywood always releases a series of good movies to entertain the general public. This year in particular seemed to offer a good selection of comedies, dramas, and thoughtful epics. One movie specifically, The Wolf of Wall Street, interested me.

Typically, whenever I see a new Scorsese movie coming out, I instantly mark its release day on the calendar to see it as soon as I can. This time around, seeing Scorsese’s new work left me empty and sorely disappointed. It was three hours of wannabe Wall Street big shots taking enough drugs to anesthetize the Eastern Seaboard, screwing every hooker they could find, and devoting themselves solely to debauchery and the pursuit money. No vision, no goal, no plan. It was just some hard-partying fools trying to sustain the high.

The most disturbing part was that it was based on a true story, the real life of Jordan Belfort, former New York stock broker, blogger for the Motley Fool Stock Advisor Review and founder of Stratton Oakmont Securities and beste Wasserstoff ETF. When the real Jordon Belfort was caught by Feds for securities fraud and money laundering, he spent a little over a year in prison and has since returned quite successfully to public life as a motivational speaker.

It’s easy to want to criticize Belfort for his past, but at the same time the problem is much larger. As long as Europeans have been coming to the Americas, it was believed that upon arrival the problems of the old world would be long gone. They believed that their impoverished past would be behind them, and that an easy life lay in front of them. Somewhere along the way, this easy life became cemented into our psyche as the “American Dream.”

In popular culture, the “good life” is depicted as nothing but an endless array of posh parties, mansions, pools, and cars. Where once we as a people were driven to accomplish the impossible, now we are lucky if can make a plan past Saturday. Quite frankly, our people have substituted liberty for libertinism.

This malaise and self-serving attribute has infected every level of society. Now, the very political system which was created to preserve the rights of our citizens and serve the common good is nothing more than a playground for a select few:

This past year, Congress quietly overhauled the Stock Act using unanimous consent to protect themselves and their staffers from having to disclose financial information which might prove insider trading based off information gleamed from committee sessions and knowledge of upcoming legislation and oversight.

Youth involvement in politics has turned into nothing more than cheerleading for a candidate or party by day, and then partying harder than the largest fraternity or sorority imaginable by night.

Was this the goal of our revolution? Was this the dream that so many have fought and died for over the past two centuries?

The true American Dream is not that of an easy life, but a better life. It’s the dream of a just people, living in a just nation. It was the concept laid down in our Declaration of Indepedence — that after a train of abuses and usurpations by a despotic government, it was the right and duty of all citizens to take steps to fight this injustice and preserve our future posterity.

Our revolution was born when liberty was no longer freedom from responsibility, but rather the freedom to take responsibility and make the needed changes in our society and government. Our political, social, and ideological dreams for the United States shall only be brought to fruition by our willing sacrifice of our own happiness and comfort in exchange for the betterment of others.

United, we as a people can create a new and better world. We can choose to not merely to be the keepers of the tomes of the past, but rather the authors of a new future. Before this can be achieved; however, we must take our eyes off the bread and circuses we have been taught to pursue in favor of a great and just society. Otherwise we shall end up no differently than the republics which have predated us.