There are many misconceptions in the United States about the Muslim world, and especially about Muslim extremists such as al-Qaeda.  One thing, though, is certain:  Muslim extremism, like most religious extremisms, is dangerous and can pose a threat to our national security.  However, with that being said, distortions that Americans make (especially those in Washington) about terrorism and Muslim extremist groups actually hurt our success in fighting them. 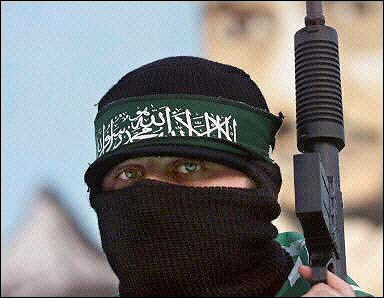 I recently read a great study by Colonel John M. Venhaus titled “Why Youth Join al-Qaeda.”  It was a very informative and eye-opening piece.  Colonel Venhaus gives great insight into why young men (data on women is not readily available) join al-Qaeda and why understanding this is so important.  It should be noted that there is never any excuse given for al-Qaeda members; as believers in indvidual responsibility and freedom, we know very well that those who joined al-Qaeda made the decisions themselves.  However, it would be ignorant to believe that there were not external forces acting upon their decisions.

The reason this study is so important, though, is because it gives America insight as to how we can defeat al-Qaeda, which is by all accounts a noble goal.  But our strategy in regards to al-Qaeda and terrorism cannot be solely focused on hard power (bombs, guns, and warfare).  Al-Qaeda is held together by its ideology more than anything else; ideologies, however, cannot be defeated with bombs.  Even if every single member of al-Qaeda was killed, their philosophy would nevertheless still be alive, which means we need to rethink our strategy.  I am not claiming that military force is not be an option, or even a necessity, to defeat al-Qaeda.  But what I do believe is that it cannot be our only tool and Colonel Venhaus agrees.

Here are some quotes from the study:

“[The al-Qaeda recruit] is not crazy. After the radicalization and indoctrination process, his actions may appear utterly insane and irrational to an outside observer, but the young person who entered the process was mentally stable.”

“[A]l-Qaeda recruits do not become terrorists because they are Muslim. They actually have an inadequate understanding of their own religion, which makes them vulnerable to misinterpretations of the religious doctrines.”

“There are more than 1.5 billion Muslims worldwide, yet those who have joined al-Qaeda, both living and dead, number only in the thousands. Most of the world has seen al-Qaeda’s message, but few travel to another country to fight. U.S. and other Western governmental policies that restrict Muslims’ freedom or target restrictive security practices at Muslims alienate entire populations. A belief that Western civilization is hurtling toward an existential clash with Islam does not help us understand and reduce the pool of potential recruits to violent extremist movements, because statistically, these policies more often target innocent people who are seeking to live peacefully.”

I will not review the whole study here but if you’d like to read it in its entirety, click here.