Federally subsidized student loan interest rates doubled July 1 from 3.4% to 6.8%. The knee-jerk reaction to this from the public and particularly those whose core beliefs rest on the foundation of federal subsidies is to decry this as unfair and criticize the lack of action in preventing the rate increase. Further analysis, however, paints a starkly different picture. 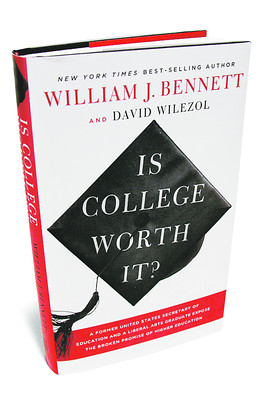 As an item of full disclosure, I recently read Is College Worth It?, penned by former U.S. Secretary of Education Dr. William J. Bennett, whose views I share and are echoed here. All issues of whether college is the correct path for a young person to take in life in addition to discussions of federal student aid’s negative free market effect on higher education economics are outside the scope of this post.

The interest rate charged on federally subsidized student loans is not risk-based, but rather the same rate is offered to students in all degree fields and of all educational ability, regardless of demonstrated ability to repay such loans. This is in stark contrast to free market economics which would dictate a higher interest rate on “riskier” degrees or individuals (a sociology major with a “C” average, for instance) with an anticipated weaker future job market and a lower interest rate on less risky degrees or individuals (a major in a STEM field with an “A” average, for instance).

I’d like to make clear that I’m not criticizing the decision to obtain a liberal arts degree in this commentary, but rather questioning the government’s (and society’s, by proxy here) decision to put the same risk premium on riskier lending and thus incentivize degrees with less economic additive impact to the economy.

For those who may think 6.8% is an unreasonably high rate for a federally subsidized student loan, I’d urge the consideration of the appropriateness of using significant amounts of taxpayer money to fund educations that are less likely to contribute to the “public good” (here defined as the creation of jobs and growth of GDP) and more likely to result in the deferment of repayments and therefore creation of additional budget deficits in the future.

Finally, and of significant importance, is the failed public recognition that these 6.8% loans are deductible for federal income tax purposes in most instances. The top marginal federal income tax rate for the average 2012 graduate who obtained employment in their field of study was 25% (based upon an average salary of $44,455).

Assuming the interest paid on any outstanding subsidized student loans was deductible for federal income tax purposes on an individually filed return (a fair assumption for the majority of this theoretical population), the new after tax rate on federally subsidized student loans is as of July 1 actually 5.1%. This is a great deal no matter how you look at it, and still represents a significant discount to alternative market rates of education funding.