As reported by NBC News, these statements by President Barack Obama are out-and-out lies — and he knew they were. 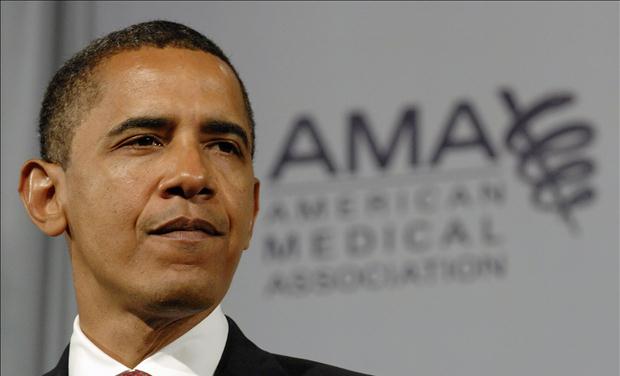 These false statements are likely the most important in politics since “The era of big government is over,” or “Read my lips: No new taxes.”

But these promises go beyond the pale. Obamacare is the crowning achievement of this president. His entire legacy rests on the shoulders of Healthcare.gov and its accompanying legislation. Americans have seen the disaster that is the federal healthcare exchanges: error messages akin to hieroglyphics, miscalculations that jack up premium costs, security gaps that open the gates to fraud.

And that’s if you can get past the sign-up portal.

Since the failed rollout of the Affordable Care Act began, many exposés have been written on how the law cannot function without an operational federal exchange and the individual mandate. The law rests on the lynchpin of a sizable, healthy, young pool of insureds paying for the larger, less healthy, older pools of insureds. Without these people — Health and Human Services estimates this pool to be around 7 million strong — the system falls into a death spiral.

Because of this realization, some Democrats in Congress have crawled out of the woodwork to support extending the enrollment period for Obamacare to allow for time to work out the kinks in the federal exchange website. Ironically, extending the open enrollment period is just another way of delaying the individual mandate. If you’re going to allow more time for enrollment past the late November deadline, you also need to push the individual mandate requirement past January 1 to compensate.

But the Democrats can’t say that, because of elections. Every one of the representatives who support a delay is up for reelection in the 2014 midterms, including the spearhead of the faction, Sen. Jeanne Shaheen (D-NH). If you asked this question a couple of weeks ago, you were called an anarchist, a hostage-taker, an arsonist, an extremist, and about every other name in the book. But now that there is political capital at stake, they have to do what’s right for the people.

The “extend and delay” plan only postpones the inevitable, where people who need to purchase insurance (many of whom had perfectly fine plans before the Obamacare regulations went into effect) will be forced to do so. This period of time might give them a little financial wiggle room to plan for the hit their wallets will take, but the costs will be patiently waiting for them nonetheless.

And guess what? The administration quietly extended the enrollment period in the dead of night. Commence the death spiral.

Now that there is a shadow looming over 20%+ of the US economy, it’s high time for the savior-class in the Democrat Party to swoop down from their chariots and rescue us all. That will be the media narrative, at least. Even Senate majority leader Harry Reid (D-NV) said months ago that Obamacare is just a step along the path to a single-payer, government run system à la Britain’s NHS.

There’s a Nine Inch Nails song called “The Big Come Down” that perfectly describes this sentiment. Its chorus goes like this:

The left has been clamoring for a healthcare crisis to exploit for decades, and they designed this law as a catalyst for just that reason. When 2016 rolls around (possibly even in 2014), the Democrats will demand a single-payer system, with a giant bailout of the insurance industry as an alternative. And they’ll probably get it.

There’s nearly no doubt in my mind that this will happen. Insurers have sent out millions of cancellation notices that need to be resolved, putting the program at a new goal of around 8.5 million new enrollments by March 31, 2014. Polls are showing that a majority of Americans know almost nothing about the law or what to do to comply with it. It’s bound to crumble. Unless the stars align and the right can execute a PR campaign destroying the left over their failed design (which was proven to be near-impossible during the shutdown), my cynical brain can only accept the worst.

If we can’t craft a message that resonates with Americans, President Obama will receive none of the blame. He’ll continue to give vacuous speeches in the Rose Garden, declaring that his work is not yet done, and he will do anything (i.e. implement single-payer) to get it right. “It was all the fault of the tea party and the Republican fringe,” he’ll say, because of the sequester and the shutdown. The 2012 election gave us a glimpse of how easily average American voters who doesn’t pay much attention to politics can be swayed by rhetoric. That kind of a message worked then, and it’ll work now, unless the GOP (and the tea party, for that matter) undergoes a massive rebranding effort and produces a campaign that will strike a fire like the grassroots did in 2010.

Only then will Barack Obama succumb to the big come down.