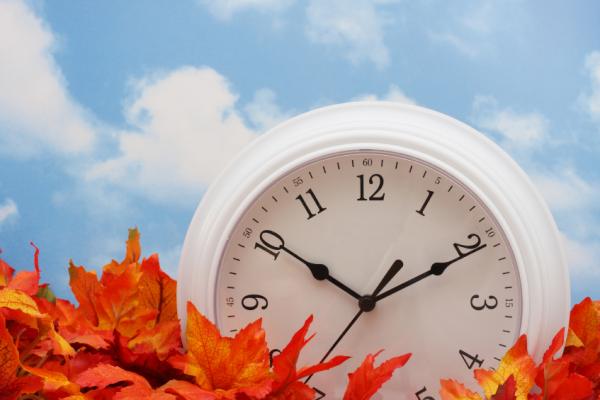 As I set my clock back one hour to signal the end of Daylight Saving Time, I could not help but wonder why we have this practice. Why does everyone (minus Arizona) set their clocks back and forth once a year? So I decided to take a brief look into the history of this peculiar annual routine, and the results might surprise you.

Contrary to popular belief, Benjamin Franklin did not implement daylight saving time in the United States. As the American envoy to France and publisher of the proverb, “Early to bed, and early to rise, makes a man healthy, wealthy, and wise,” Franklin merely mentioned in an anonymous letter the idea that Parisians could save on candle consumption if they all woke up earlier to have more productive hours of sunlight. The letter, which was published in 1784, was satirical in nature and proposed that the city of Paris tax window shutters and candles while ringing church bells and firing cannons at sunrise to wake Parisians from their slumber. It was not until the Industrial Revolution and the subsequent standardization of time across wide regions that made it feasible for a modern daylight saving time to be implemented.

In 1895, George Vernon Hudson, an entomologist and post office worker in New Zealand, proposed the idea of a two-hour daylight saving time shift. Being a shift worker, Hudson valued after-hours daylight in order to catch insects for his entomology collection. His idea gained considerable interest in and around Wellington, New Zealand, but was never made into law. The British builder and outdoorsman William Willett independently came up with the idea for a daylight saving time in 1907 when he observed how much Londoners slept through the day. He also disliked cutting short his game of golf at dusk, and sought out to campaign for daylight saving time. He was able to convince some members of Parliament, including a young Winston Churchill, to adopt “Summer Time,” as it is called across the Atlantic, but it was never placed into British law.

It was not until the start of one of the most drastic upheaval shifts in human history that daylight saving time was first adopted. In 1916, deep in the middle of World War I when one half of Europe was trying to obliterate the other, the German Empire adopted their form of daylight saving. Called Sommerzeit, Germany and its allies first adopted it in April 30, 1916 as part of the rationing of coal from its civilians for the wartime effort. Britain and its allies followed suit with their own daylight saving time, to be followed by Russia in 1917, right before the Revolution, and the United States in 1918. At the end of the war, many countries reverted back to their respective standard times. It was not until the next world war where daylight savings made its comeback.

President Franklin Delano Roosevelt instituted daylight savings time as “War Time” 40 days after the attack on Pearl Harbor on February 9, 1942. The large energy saving benefits of daylight saving time were seen for the first time when Great Britain instituted double Summer Time during the war, where clocks were moved ahead two hours in the summer and one hour back in the winter from standard time. From then on, daylight savings time became standard in the U.S. and many other countries in the world.

So when you moved your clocks back one hour this Fall, remember that if it was not for destructive fighting between imperial states and wartime rationing for the production of weapons created for the mass slaughter of human beings, we would all not be enjoying this extra hour right now. Enjoy it if you can!

Cody Dunn is the Editor-in-Chief of The California Review at the University of California, San Diego and a member of YAL at UCSD.