A champion of gun rights and other YAL priorities, Rep. Schatz is especially eager to “deal with the RINOs”—Republicans who help many Democrats undermine liberty. 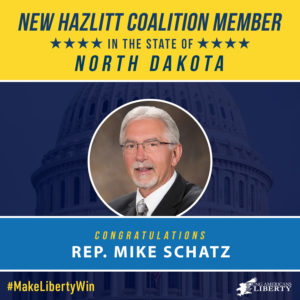